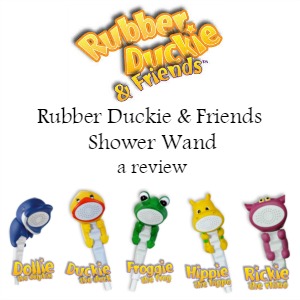 Children love bath time. Splashing, playing, and just relaxing in the water. At some point, we have to introduce the showerhead. It is so high up there. So far away! It’s scary! It can be intimidating at the best of times, let alone when the showerhead starts dripping water without it being turned on. Even I don’t like that sound. Although it’s probably because I know that there is something wrong, and one of the only ways to resolve it would be to contact a local plumber so the problem can get sorted quickly and efficiently. Luckily, this has never happened yet, and I hope it doesn’t start doing it. I never really considered how scary this could be for children until the time came for me to introduce them to the shower. My kids get nervous when the water comes out of the showerhead at the force it does. Although, most of us adults love a powerful showerhead, and will even hire professionals, like Morris Jenkins, to install them for us, for a child the idea of water being sprayed heavily over their face is pretty scary. It’s intimidating to them. This is no longer an issue for us now that we use a Rubber Duckie & Friends Shower Wand.

The Rubber Duckie & Friends Shower Wands come in 5 different designs: Dollie the dolphin, Duckie the duck, Froggie the frog, Hippie the hippo and Rickie the rhino.

Rubber Duckie & Friends™ flow at just 1.5 gpm and are compliant with all EPA-inspired conservation laws. We help parents save water and money! And, our soft soothing spray pattern is gentle enough to rinse infants & toddlers in the tub.

**The hose is 6 feet long, which allows for the perfect reach without too much hose slack**

Rubber Duckie & Friends™ are adorable bath wands to bathe infants and toddlers in the tub and also handheld showerheads for older kids. We do both jobs after one simple installation!

There are limited installation instructions with the Shower Wand, however, it is not too difficult to install. Be sure when you unscrew the caps on the hose that you take note of the position of the washers and that they don’t fall out. They are loose. It matters what direction it is installed as to the pressure which the water flows.

Both my kids (ages 1 and 2) are now obsessed with their “hippo shower”(that is what they coined it in our house). Getting clean was always fun in our house, now its just a special treat to take turns holding the shower wand. My kids both take swim lessons and are very confident swimmers, but the shower head always intimidated them. Now, they are thrilled to put it over their heads and help rinse their own hair. I highly recommend the Rubber Duckie & Friends Shower Wands. Its a great birthday gift for any kid. Something fun and different for the child who has everything.

Just make sure that you have something like these glass shower doors installed, or at least a shower curtain, as sometimes you might find that your kids point the shower wand outside the bathtub and you’ll get water everywhere. Most people will have a shower curtain anyway, but it was just a passing thought that I had. Besides that though, these Rubber Duckie & Friends Shower Wands are totally worth it.

Where Can You Purchase a Shower Wand?

The Shower Wand’s are available through their website and also on Amazon. 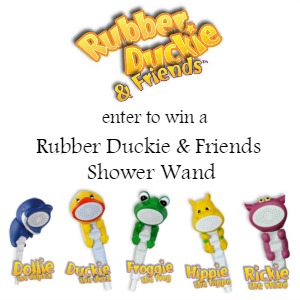