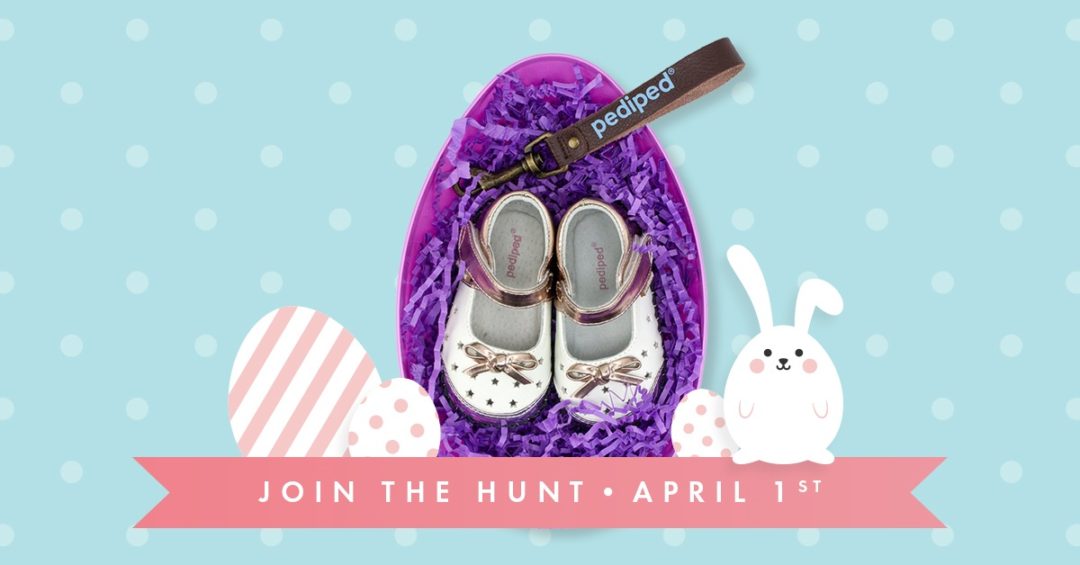 Win a pair of shoes for ONE PENNY & FREE SHIPPING when you find an “Egg Hunt” egg on pediped.com! Each day they will hide three eggs on the site between 10AM and 2PM PST at random times Monday-Friday.

Each Penny Egg will redeem a NEW Spring/ Summer style in your size and gender selection for ONE PENNY & FREE SHIPPING! 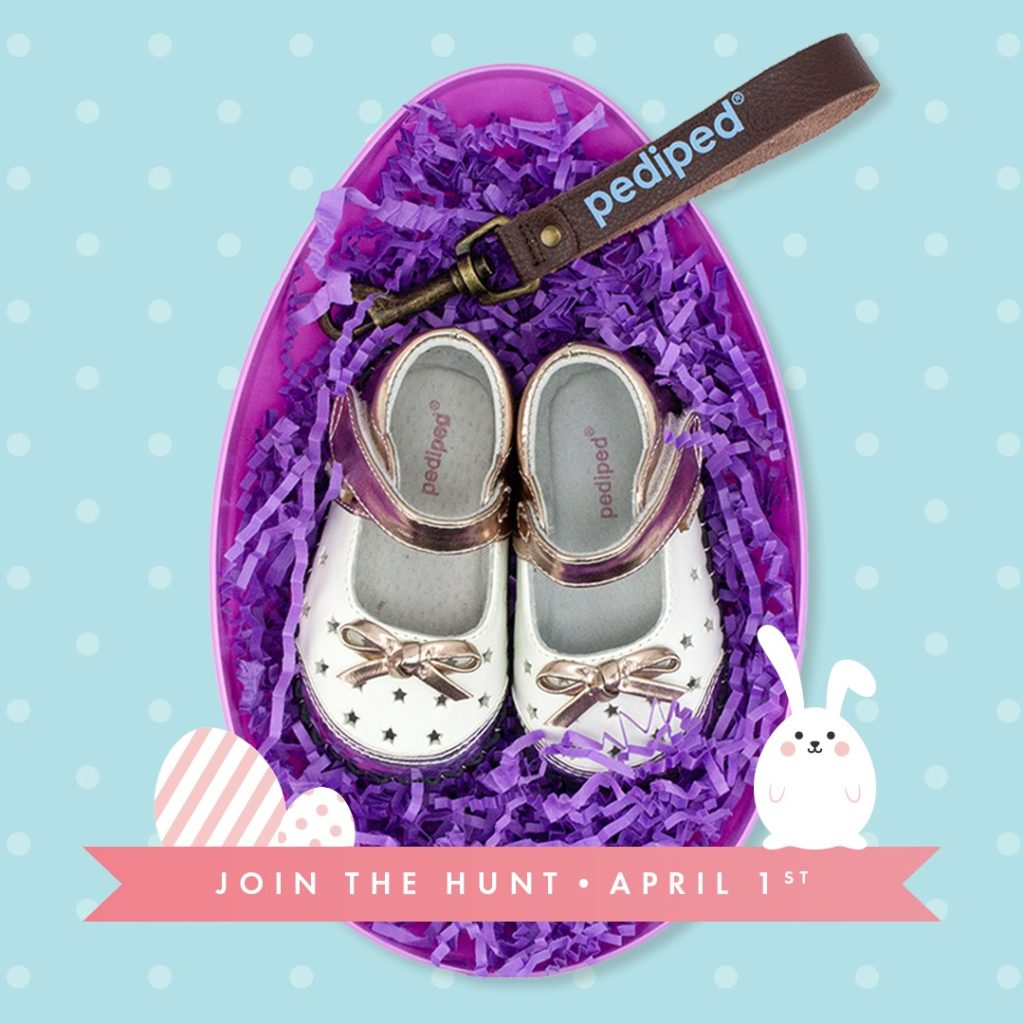 Exceptional quality, unsurpassed comfort, and distinctive styling have made the award-winning company the fastest growing children’s footwear brand in the United States. pediped® footwear has been awarded the American Podiatric Medical Association Seal of Acceptance for the promotion of healthy foot development, and preeminent orthopedic medical professionals, Dr. Mininder S. Kocher and Dr. Thomas W. Vorderer, deem pediped® shoes an excellent choice for parents/caregivers who want their children’s feet to develop naturally and healthily. pediped® has received numerous industry awards and accolades including recognition from Earnshaw’s, the premier media resource serving the children’s market. In 2015 pediped® was recognized by the Footwear Industry Awards as the Children’s Footwear Brand of the Year and earned a 2016 Earnie Award from Earnshaw’s magazine as the Footwear Brand of the Year.

pediped® is sold in over 750 stores in the United States and 40 countries worldwide with an offering of more than 120 designs for boys and girls between its three lines, Originals®, Grip ‘n’ Go™ and Flex®. The award-winning footwear is available in EU sizes 17 to 38 (US newborn to 6 Youth). For more information, visit www.pediped.com.  LIKE on Facebook at /pedipedfootwear and follow on Twitter and Instagram @pedipedfootwear.

How picture books can help your child develop!

Kids Rock Out with Fanilu

How to Improve Autistic Behaviours in Children