What Evidence Is Used in Personal Injury? 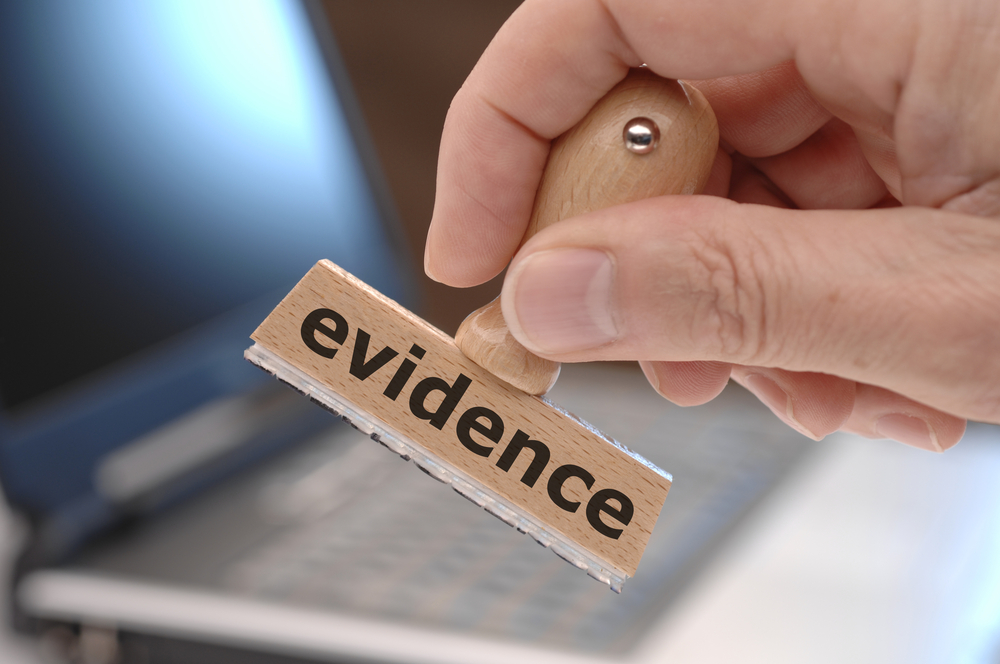 A personal injury lawsuit is one that arises from one person suffering harm from an injury or accident, with someone else being legally responsible for said harm. The person who’s responsible will likely have insurance, and that company should pay the injured person to cover damages like pain and suffering and medical expenses.

The majority of personal injury cases don’t make it to the point where they’re formal lawsuits. Instead, they’re resolved through an informal, early settlement.

Regardless of the outcome of the case, an attorney will work to gather evidence, and below, we talk more about the particular types that might be used.

Tangible evidence that can be used in a personal injury case includes physical evidence a jury can observe in person. This might include showing damage to your property, and there could also be physical, visible injuries you sustain. Tangible evidence is useful to show more about the extent of the impact of an accident.

Evidence From the Scene

When there’s an accident, there’s often evidence at the scene. If you’re involved in a car accident, this could include skid marks or broken glass.

You’ll show photo evidence of these scenarios whenever you can.

One of the more common forms of evidence in a personal injury case is documentation highlighting the injuries sustained because of the accident.

These records can include medical data and files, bills, incident reports, and insurance forms.

If the case were to proceed to court, the documentation of these injuries would be shown to the courtroom to help them understand why a settlement should be provided.

When someone is hurt in an accident, they might incur other monetary damages that can be documented. For example, if you need to miss work because you’re recovering from your injuries, you might show your pay stubs.

As part of your documentation, while it’s not related to your injuries exactly, you might submit bills and receipts from repairs you had to pay for to your car or other property because of the accident.

Testimony from witnesses can be a powerful part of your evidence in a personal injury case. There might have been random people who saw the accident occur, or there could have been passengers in your vehicle or the vehicle of the other driver.

Witness statements might be on paper, or they could be recorded by video.

Anyone who was present at the accident scene can provide testimony if it’s connected to the case at hand in any way.

Photos and videos can be used to show a range of things, like physical injuries, the scene of an accident, or to record what witnesses say right after an accident.

Documentary evidence is a term used to refer to anything recorded, and it includes written documents, videos, sound recordings, and photographs. Documentary evidence has to go through an authentication process before a court lets it be used. You have to be able to show the documents weren’t altered and were in your possession.

Key to the conversation about the evidence that’s used in personal injury is whether it’s admissible or inadmissible. The complexity of this topic is one of the many reasons it’s a good idea to at least have a meeting with a personal injury attorney if you’re hurt in an accident.

If a personal injury case makes it to court, a judge isn’t going to always allow every piece of evidence to be used. One reason for making evidence inadmissible is hearsay. Hearsay includes any out-of-court statements that are introduced to prove the subject of whatever the statement is. For example, if you’re in an accident and the other driver tells you at the time that it’s their fault, you can’t use that statement to show fault in most cases.

You also aren’t able to use statements that happened during negotiations for a settlement, nor can you use prejudicial evidence. That’s evidence that would lead a jury to prejudge the case at hand without hearing the facts.

Finally, if you do hire a personal injury attorney, they’ll be responsible for investigating your case and gathering evidence.

What Should You Give Up for Lent

Some Relaxing Activities For You And The Family This Winter

Useful Tips on How to Sell Your Home