3 Tips For Talking To Your Kids About Racism 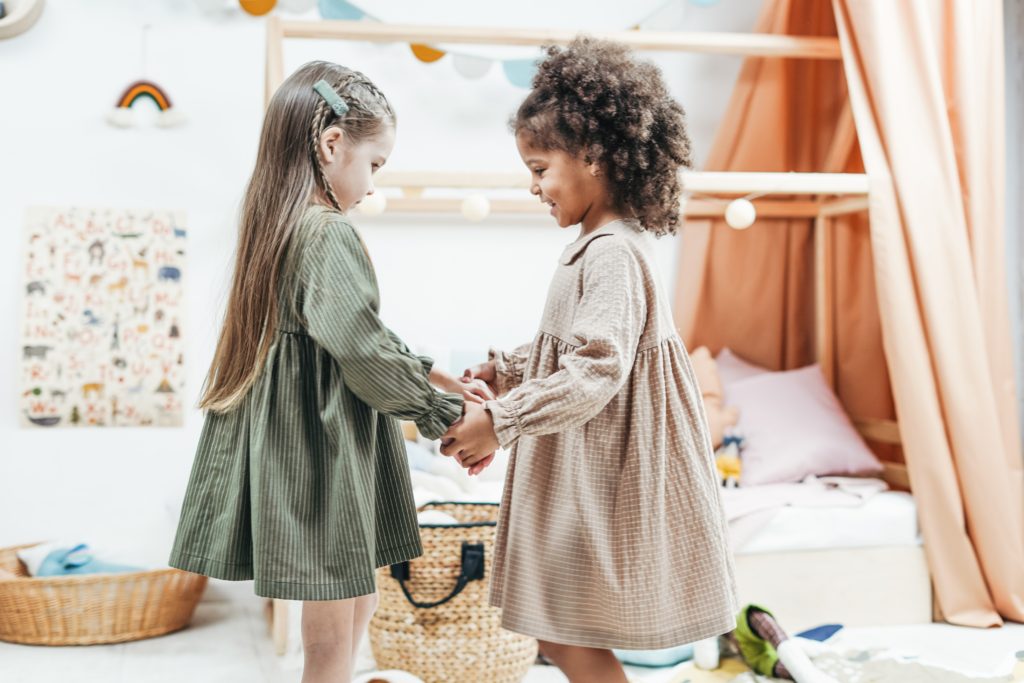 Racism is a tough topic. Fact. Many white parents avoid it altogether, which puts the onus on parents of color to take over and educate their kids, who are often victims of racism, about something their white friends don’t know much about.

Like any difficult or tense conversation, as diligent parents it’s difficult to get through to kids about racism without freaking them out, or making them overthink the issue. Children can fixate on negative things if they are too harshly exposed to them. There are big issues that exist in America, including current affairs around DACA renewal and hate crimes, which don’t need to be discussed with kids.

Nevertheless, racism is a crucial conversation to have in this day and age, even if you don’t explain everything that surrounds it.

Here are 3 tips for talking to your kids about racism. Let’s get started!

No matter if you are white or a person of color, it is important to discuss racism with your kids. However, it can be difficult to explain racism to children, especially when the roots and ramifications of racism are often violent and inappropriate for younger kids to hear about.

One way of getting around the violence of the topic is by using analogies. Particularly for very young children, using animal analogies such as bunnies could help them understand the concept without being exposed to the full issue.

“Bunnies come in all colors, don’t they? You can have white bunnies, brown ones, black ones, orange ones and bunnies with multiple colors on them…” would be a starting point for a conversation about discrimination or categorization based on race.

It sounds childish, because that’s what it is! It can help kids to think about things abstractly, rather than relating it directly to their own identity, at first.

One way to enter into the conversation of diversity and race is by exposing your kids to more than one “type” of literature and visual arts. For example, Disney princesses used to be primarily white (Ariel, Sleeping Beauty, Snow White, Cinderella… the list goes on). However, nowadays, Disney characters such as Moana are displaying a more diverse range of “heroes” for kids to look up to.

Introducing your kids to more than one type of action hero, princess, or other fictional characters, is more impactful than you might think. Empathy can be learned through admiration, and it’s important for kids to learn this early.

Sometimes children take a long time to digest things, particularly if they are weighty or complicated. If you have talked about racism with your kids and they haven’t seemed to take it in, try not to labor the point. It may just be taking them a minute to process everything you talked about.

It’s best to drop in small conversations as they grow up, rather than one super-serious chat all at once.

Overall, racism is a difficult topic to tackle with children, but in a world that is still rife with inequality, it’s an essential conversation to have.

Finding Ways To Deal With Grief As A Family