How to Look and Feel Ten Years Younger

OK, now all know — or should all know — that age isn’t everything. It’s the content of your character that counts, not the number of times you’ve journeyed around the sun (also known as: ‘how old you are.’). However, it would be wrong to swing too far in this direction, and pretend that how old we feel and look is of no importance whatsoever. It patently does matter, for our confidence, for how we live, and for how much energy we have. While you’ll never be able to stop the onset of time, there are things you can do that’ll have you feeling younger than you are. We take a look at some tried and tested methods below. 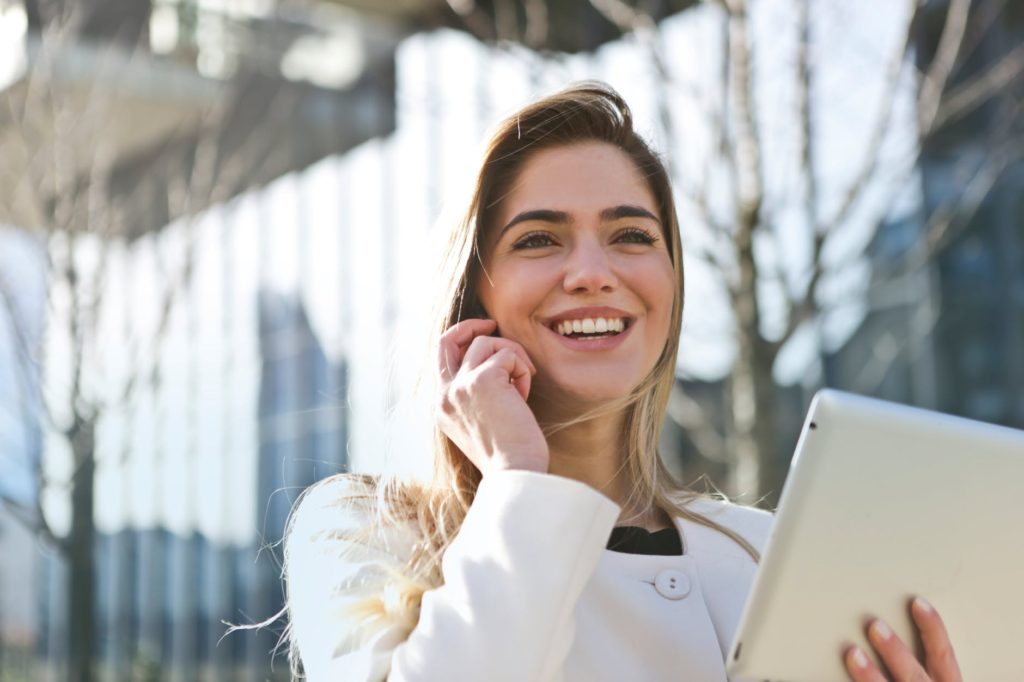 Out of the Rut

When we’re young, everything’s exciting. We’re forever doing new things, meeting new people, and all-around throwing ourselves into the adventure of life. Then we get more settled, and these new experiences are fewer and fewer. While we do choose to live a less varied life because it’s what we want at the time, the novelty usually wears off after a while. And then before we know it, we’re in a rut, and nothing will age us like a rut. To make yourself feel younger, look at breaking out of the everyday routine, and doing something different. You’ll find that you’ve got plenty of life in you yet.

It’s important to keep in mind what it is exactly that we associate with being older. If we identify what it is, we’ll be able to do something about it. One of the more common complaints from people is that they miss having the energy that they had when they were younger. Now, they’re tired after an hour or two of walking around a city. However, it’s not as if you have to accept whatever energy your body gives you; there are things you can do to nudge your energy levels in the right direction. One of the best ways is to exercise. By exerting a lot of energy, you will, paradoxically, be giving yourself more energy. Plus, doing exercise releases feel-good chemicals into our brain, which will give us a more positive outlook on life: another trait of the young!

They say that you stay at the same age as you are when you begin yoga. Now, OK, that might be pushing it a little, but it’s generally true. When we get older, we find that we’re less flexible than we used to be or would like to be. And it’s no wonder, since we’re spending so much of our time sat down in front of a computer at the office, or on the couch, washing TV. This leaves us with a less than agile body — it’s to be expected. Yoga functions as the antidote to the effects of sedentary living. After just a single class, you’ll find that you’re walking on clouds, and that you’ve got a lot more energy. It’s like a guaranteed way to feel more alive.

It’s hard to feel young, light, and in love with the world if you’ve got too many issues on your mind. Now, it’s not like you can just avoid responsibilities — nobody goes through life without acquiring a few stressful assets along the way. The best you can hope for is that you’re able to handle the stress and your overworked mind in the right way. For this, meditation is an excellent tool. It’ll place a barrier between you and the things that are causing you to feel stressed. A light and breezy mind will make you feel much younger, and able to enjoy life.

There are age-appropriate hairstyles, sure, and it’s important that you don’t go for a style that’s meant for people significantly younger than your age (it’ll have the opposite effect), but equally, no-one says you have to follow the style of everyone else in your age bracket. Keep on top of styles, and get a look that’s designed with people younger than you in mind. You’ll look great, and one of the bigger giveaways of your age will be removed.

Taking Care of the Skin

There are some things that play a big role in how old we look, such as our skin. If your skin is tired or has too many wrinkles, then you run the risk of not only looking your age, but looking even older. As such, if you’re going to focus on one thing, then make it your skin. You’ll want to develop a skin routine that works for your skin type, to begin with. If you already have those telltale wrinkles, then do something about them, too — the article ‘6 Ways To Treat Wrinkles On Your Forehead‘ is a good place to start. Also, remember that the sun can have a huge impact on the quality of our skin, too. If you’re going to head into the sunshine, then make sure you’re wearing sunscreen and sunglasses. If you’re wanting to combat those emerging wrinkles, you can consider using these Deep Wrinkle Filler coupons in order to bag yourself a deal on these popular cosmetic products so that you can achieve a more youthful appearance.

There’s not anything inherently young about clothes. The biggest difference between younger people and older people is the level of effort. In many cases, after a certain age many people stop putting in much effort when it comes to their clothes. They dress in the same old, same old clothing. If you want to look younger, then there’s no great secret — just stay on top of the latest fashions that are popular with people your age, and update your wardrobe. It’s not about trying to dress younger than you are, but rather just maintaining your standards.

We’re immersed in popular culture and new music and art movements when we’re younger. Then we take on more responsibilities, and these matters take a backseat. But if you want to feel young, then it’s worthwhile staying on top of what’s hot. There’s nothing that’ll make someone seem older than their years than if they say “music was better in my day.” It shows that they’re out of the loop — music isn’t just as good as it was in previous decades, in many cases it’s better. But you won’t hear the outstanding stuff on the radio.

The old expression about needing beauty sleep isn’t just a saying: it’s true. If you’re not sleeping well, then all sorts of problems will arise, and they’re not going to make you feel younger. You’ll be more tired, for starters, but also more irritable, and your skin will look more tired, too. If you’re struggling to fall asleep at a reasonable hour, then take a look at mixing up your bedtime ritual. A bath, meditation, and book-reading will be much better for you than scrolling through your social media channels right until the point where you need to hit the hay. 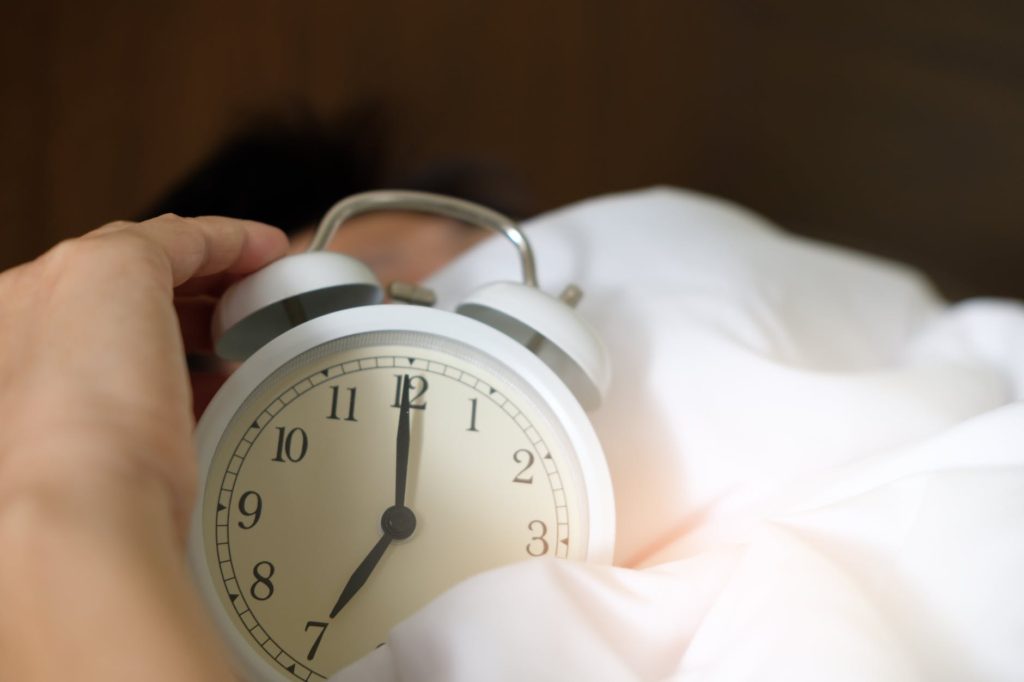 There’s nothing that’ll age you faster than smoking and alcohol. Indeed, they’ve taken photographs of identical twins that highlighted the extent of the damage that these illicit substances have on our appearances. One of the women had been living clean. The other had been smoking for twenty years. As you can imagine, the woman who had been smoking looked significantly older their teetotal sister. It can be a challenge to leave behind those substances that are bad for us, but it’s always worthwhile pushing through and leaving them in your past.

We’re open to meeting anyone and everyone when we’re younger. Then we age, and our world of people gets smaller and smaller. There are advantages to this, but it does mean that you miss out on the benefits of meeting new people. While not everyone who comes into your world is going to rock your world, you will, from time to time, meet someone who you click with. Their energy will match your energy, and from nowhere, you’ll be loving life again. If you’re in a bit of a slump, get out there, and meet others. What’s the worst that could happen?

Don’t Be So Serious!

One of those things that older people often envy about younger people is how carefree and fun they are. But here’s the thing: it’s not just the young people who get to have fun. Everyone does! But it’s just that it comes a little less naturally to older people, that’s all. If you get caught up in the rush, then yes, you’ll find that life becomes a little too serious. If you go out of your way to have fun and enjoy life, then you’ll feel younger — and happier about life in general. It sounds simple, but that’s only because it is. You create your world with your mind; the world doesn’t create your mind — not if you don’t let it.

There’s much to enjoy about looking and feeling younger. You’ll be happier, more able to meet life’s challenges, and all-around more confident. As we’ve shown above, there’s no great secret to lowering your number of years. You just need to focus on a few key areas.