From Doormen to City Blocks to Mini Malls to Pastures

When people talk about where they are from they typically mention whether it is a suburb, the city life, rural, country, urban….whatever key word works for them due to their views of their habitat. In my mind I am from a north shore Chicago suburb. Born and raised with some very wealthy people. My family was never wealthy, we just happened to have a house there before it got like that. Because it became a more affluent area I was able to attend a wonderful schools, saw very nice things and went to a school where going to a musical on the weekend was the cool thing to do and international travel was what everyone did during the summer. I loved these affluent suburbs but it never felt like home. When I turned 18 I left my family behind and moved several states away, to Ohio.

In Ohio I chose a urban school. I wanted to live in a city life now. I didn’t want to worry about being in the wrong area or right area so I wanted a city too small to really have definable zones. I choose Akron, Ohio. What a town. It has the urban feel without being too overwhelming. I was able to walk down blocks of city without my feet wanting to fall off like in a city like New York or Chicago. I could see the artsy areas and the ghetto areas all within a few blocks from each other. This was just what I was looking for. It was great for a college gal looking for a new adventure.

After college I needed to get out of the baby city and get into a suburbs. In the suburbs is where I will fit in perfectly. I can get a nice mid size car, start my post college graduate career, find a husband, start a family! Boom! Did it! The suburbs are great for popping in and out of mini malls. Man they are everywhere. You can find a mall within any 20 mile radius. Gas stations on every corner. And no where near as many pan handlers as Akron (I’m talking to you “Aliens stole my beer money” sign guy). Here in middle class suburbs I found a wonderful husband, a job I loved, accepted Christ as my Savior, had 2 beautiful babies and became a stay at home mom. Now that I am a mom and living in an apartment (as beautiful and safe as it was) it was too small for our growing Fox Den. My husband and I often took day drives (before children of course, no one with kids has time for leisurely drives through Amish country unless their lucky enough to have their kids all nap simultaneously which is the holy grail of parenting). When driving through the country we always talked about how cool it would be to live in the country; the rural life.

After outgrowing out of our apartment we decided to rent a house in the country. We knew that one day we would go back to an apartment once the kids have left home. Lucky for us there are various real estate firms we could go, one being very similar to Richman Signature. The best part is that we can bring our pet dog! We would love to buy a home but those roots are so permanent. Plus, what if we don’t like rural living? Naw, renting a house would be the perfect move for restless Foxes. So we found a quaint 3 bedroom ranch in a small town about 15 minutes from a bumping suburban with a mall. This is the country! We have horses and a pasture in our backyard. I am writing this and while drinking my coffee and watching a pony and a horse (and a pony is not a baby horse, I have learned this recently) eatting grass in a pasture IN MY BACKYARD! Who would have thought I would be in such a picturesque situation. Some of the things I was unaware of (okay ignorant too) were the amount of bugs. Holy bugs Batman! I have never seen spiders this large and didn’t know they come in so many forms (I double-dog dare you to Google crab spider. They are what nightmares are made of). After moving in I promptly called a pest exterminator birmingham (or an exterminator more local to me) and they managed to sort the bugs out. I am no longer living in constant killing bug mode. My 2 year old had not seen any bugs before living here. Fruit flies were horrifying to her. Being in an upper level apartment with 2 cats previously there was never a chance for a bug to live. When we first moved in she would scream with fear and cry when she saw them. I was so worried about her seeing one of those huge wolf spiders (yes, they are called that for a reason). Thankfully the exterminator did an amazing job and her bug induced scream fests have stopped. If you have the same problem, either with fruit flies or another critter, it’s best to call pest control companies like Economy Exterminators as soon as possible to rectify the situation. Being in the country you also hear guns. A lot. This is because a neighbor has a shooting range on their land. It’s just them that use it and its not all the time. In the beginning I was like “someone was shot!” Then I remembered I am not in the city but the country. People shoot guns here even more then the city. It’s also legal here, though whilst many have guns many also have airsoft replicas. I’ve found that M4 / AR-15 style airsoft rifles are the most popular style of airsoft guns, funnily enough. They shoot for fun and for sport. Surprisingly, I have quickly grown accustom to the sounds of gun shots. Now it can been soothing in the afternoon to hear the pop and echo of a barrel gun….says the girl who’s driver instructor told her she didn’t need to learn how to parallel park because “everywhere you go will have valet”. Here I can let my daughter play in the muck (that is what she lovingly calls the dirt and mud). I can plop her in a sub tub and not have to take her through an apartment buildings common halls all covered in muddy mess. We have a field mouse living in our garage. All the rat poison is gone but the mouse is still here (there was a TON of poison. My husband and I think there is a mutant animal living on poison out there getting stronger and stronger…). We can yell and play outside and there is enough room between houses to where it doesn’t bother anyone. We can burn our cardboard boxes for entertainment in our backyard without having the cops called out. My kids will learn how to ride a quad like other kids learn how to ride a bike. For this phase of life, the country is suiting us just fine.

There are different habitats for different animals. There are different environments for each person. We may grow up and stay in one town our whole life. We may move across the global. We may be without shelter or home to live in. The concepts are endless.

I have moved 23 times now in my 32 years. Some may call me a drifter, but I know my real home was never meant to be on earth. Hebrews 13:14 “For here we do not have a lasting city, but we are seeking the city which is to come”. 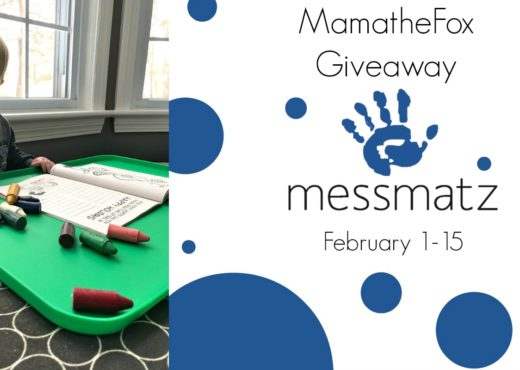