How to Help Your Child Get Past Bullying 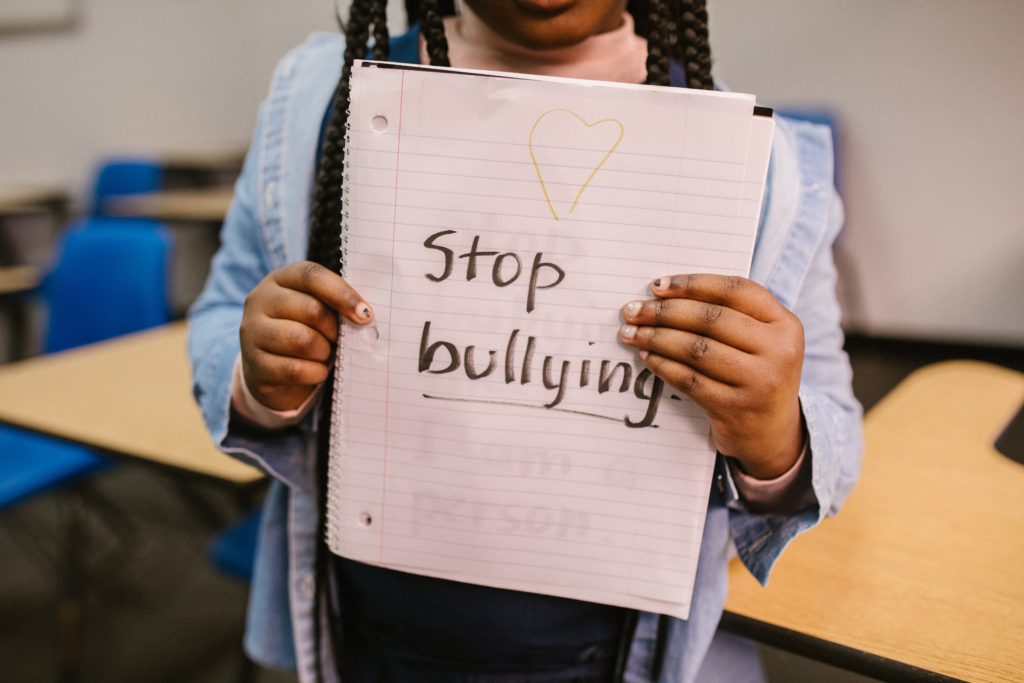 Bullying is something that has probably always existed. There seem to frequently be human beings who want to be cruel toward others. Bullying can take many forms these days, such as online taunting, as well as the more traditional physical or verbal varieties.

If you know someone is bullying your child, such as a classmate, it can be hard to know what to do. You need to try to get past it, though, as a family. You can’t let your child face this threat alone. Doubtless, you love them and want them to feel safe and happy as they grow up.

There are different methods you might employ to try to help your child get past bullying or counteract it. Let’s talk about some of those.

The first thing you’ll have to do is notice and recognize what’s happening. Seeing bullying for what it is can be as challenging in some instances as recognizing concussion signs. You should know what to look for because the child may not want to reveal the information voluntarily.

The fact is that children are bullied for a number of reasons see. It could be because they look different in some way. For example, your child may be smaller than the average height for their age, or they may wear braces to align their teeth.

When someone decides to bully someone else it’s about empowering themselves and belittling someone else. It will not matter if your child is shorter than average because of a rare illness or if their braces were installed perfectly by a top orthodontist. A bully has no compassion and certainly does not care about aesthetics.  It’s all about power and control.

If your child seems withdrawn, that could mean someone is bullying them. If they used to be happy, but now they don’t smile or laugh very much, that’s a possible indication. If they do not want to go to school and they fake being sick a lot, that’s frequently a sign that someone is mistreating them.

You Can Get Them Off Social Media

Once you have gotten your child to talk to you about what’s happening, that’s a good start, since the problem is now out in the open. Some kids feel ashamed when someone bullies them or picks on them, and just getting them to vocalize about it can start a conversation about the best course of action.

Be aware that social media is a place where cyberbullying can occur. Many kids start using social media platforms earlier now, and that might be exclusively where the teasing or taunting is occurring.

Even though cyberbullying is not physical, that does not mean it’s any less harmful. Some kids resort to self-harm or even attempt suicide if the online cruelty gets bad enough.

You might tell your child to get off social media. It can be a place where they can interact with their friends, but if that’s where the bullying is taking place, it’s probably best if they abandon it.

You Can Talk to Their Teachers

If the bullying is happening at school, you might talk to your child’s teachers, their bus driver, administrators, or anyone else who you think can help. You can do so quietly and without attracting attention. You don’t want the culprits to feel like your child told about them, or these bullies might target them even more.

The teachers, administrators, guards at the school, or any other authority figures need to make sure your child can pursue their education without bullies harassing them. If they fail to act, you can sue them. Hopefully, they will step in and intervene before you have to resort to such measures.

If the bullying is physical, you might decide that you want your child to learn how to defend themselves. That’s not an ideal solution, but martial arts classes can teach your child some self-confidence, and that might be what it takes for them to stop the problem.

Generally, trying to combat violence with further violence only makes things worse. If your child is passive and simply letting the bullying take place, though, then as a parent, you can’t allow that to continue. A time will likely come when the bullies will corner your child with no authority figures around, and if that happens, you want them to be able to defend themselves.

It could be that a bully or multiple bullies have targeted your child exclusively. Try as you might, there may not seem to be a viable way to get them to stop what they’re doing.

As a last resort, you might move your child into a different school. That might be inconvenient, but if that’s the only thing you can think of that can stop this cycle, you may have to move forward with it.

If you suspect that someone is bullying your child, talk to them about it. If they have to live with this abuse with no support network, that’s awful for a young person.

How to Care for Opal Jewelry

How to Protect Your Garden from Wildlife

The Contribution Of Online Payday Loans Canada Towards Family Welfare