Resolve Yourself To Make Your Resolutions Stick This New Year! 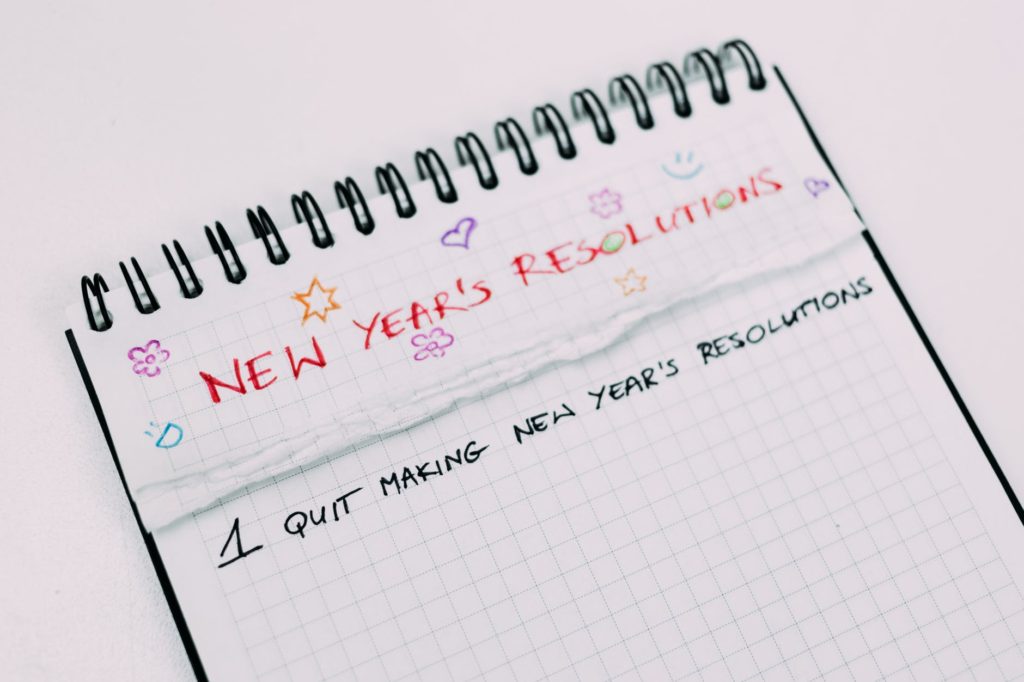 As the New Year approaches, the brain starts working overtime. Suddenly, you’re thinking about the things you haven’t done with your life and how to resolve the situation. And, 2020 offers you the perfect solution – New Year resolutions. All you need to do is to make a promise that you’ll try better next time around. Easy, right?

No, not if you want to follow-through on your promises. Research suggests that 80% of people break their resolutions, and the majority of them do it by February. Unfortunately, you might become another statistic if you don’t treat your new attitude with respect. The excellent news is that it isn’t as tough as it sounds.

Firstly, you start by patting yourself on the back and congratulating yourself for realizing that you must make a change. Next, you take a look at the following advice and pick the most suitable tips. Here’s how you can join the 20% and make a lasting change this New Year.

There is nothing wrong with dreaming big. Lots of posts that offer advice for the New Year always tell you that it’s wrong because it encourages unrealistic goals. And, while they have a point (more about that later), you also need to strike a balance between reachable targets and ones that encourage you to change. Essentially, the small, boring resolutions aren’t exciting, which makes them easier to put to one side further down the line.

Aside from being compelling for you, there are also audacious for those around you, such as your loved ones. This can work in your favor in two ways. For starters, they’ll see the effort you need to put in and cheer you on to reach your goals. A support group is essential for any target. Secondly, it might compel them to join in and come along for the ride.

Whether it’s working out more, losing weight, or trying to do new things, it’s nowhere near as challenging when you have a partner.

Break Down Your Targets

With your lofty aim in tow, all you need to do is hit the gym or stop eating junk food. Not to contradict the initial tip, but this proven to be tough when the changes are drastic. The American Psychological Association says setting attainable goals is the key. But, you’ve got a big dream, so how can you make everything coalesce? The answer is straightforward: by breaking down your targets into bitesize chunks.

While your main aim is singular and somewhat overwhelming, the smaller, separate goals are less daunting. Plus, they ensure there is an attainable deadline around the corner. As a result, there’s no need to wait weeks or months to see the fruits of your labor. Hitting goals regularly is more likely to encourage a dedicated and motivated work ethic. All you should do in the beginning is to take baby steps.

If you want to go to the gym more frequently, for instance, then sign-up for a membership. Next, go once or twice so that it doesn’t feel as awkward or weird. Then, find a way to fit your workout into your usual schedule. After that, to up your sessions to four or five times a week shouldn’t be too difficult.

It’s tempting to write-off a milestone as small and insignificant, particularly at the beginning of your journey. A fifteen-minute jog doesn’t appear to be a big deal in comparison to people who run marathons and half marathons. Of course, your targets are relative to the individual, which is why it’s essential to recognize their importance, no matter how easy.

There are plenty of ways to obtain little wins if maintaining your wellbeing is the overarching goal, and getting a health insurance quote falls into this category. Using an insurer to backup your resolution is as simple as picking up a phone and calling an advisor, and it’s not a frivolous action. After all, a checkup is both necessary and expensive, as is any medical care, so you should use the system to your advantage.

Remember that these victories are perfect for building your confidence and self-esteem, and, as a result, should boost motivation. An excellent tip is to write them down on a piece of paper and tick them off one-by-one so that you can see how you’re hitting milestones. 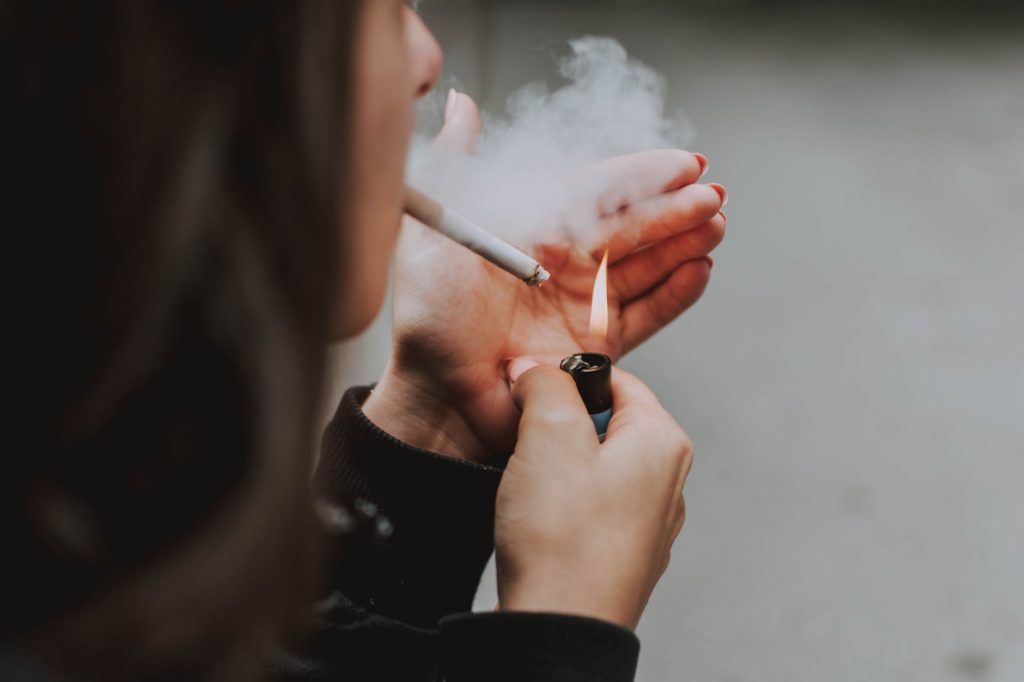 Figure Out Your Triggers

Eliminating old habits isn’t feasible until you understand why you do them in the first place. Take smoking as an example. The majority of people enjoy the taste, yes, but they didn’t in the beginning. When they started, it was the stress-relieving properties that they like the most, and now you can’t have a cigarette without equating to relaxing. That’s your trigger.

The key isn’t to change every behavior in the hope that you find a routine that sticks. Once there is too much to deal with, you’re more likely to return to your old habits. After all, they die hard. Instead, carry on with your regime and tweak it slightly. Do you like to smoke during a break from your desk? In that case, carry on taking breaks but swap the cigarette for a healthier habit, such as eating a snack.

When your snack replaces the addiction of smoking, you’ll feel the temptation to have a cigarette fade away. Just make sure it’s healthy!

On the other hand, if you need that strong feeling of smoking a cigarette to be relieved of your stress, then switch to a relatively safer alternative such as a vape. A vape is a device that allows you to vaporize a flavored nicotine liquid and take it in like you would a cigarette. Except, in this case, you would be consuming the vapors rather than the toxic smoke from the cigarette. You could try vaping as a way to eventually quit cigarettes; visit online stores like Yolo Vapes N Smoke to explore vape options and learn more about this alternative.

Don’t Do It Alone

The worst part of sticking to your resolutions is the loneliness. Sometimes, it seems as if you’re the only person in the world who can’t hit their targets, and it’s demoralizing. Therefore, it’s vital to seek help so that you’re not alone. Of course, you can begin with an appeal to friends and family. Maybe they want to get fit, too, in which case, they can jump on the bandwagon.

However, it doesn’t have to be anyone you know. Although that sounds strange, there are ways to locate work out buddies without appealing to their better nature. Anyone who likes to play sports can join a team or club and get one assigned. It’s as straightforward as putting your name on a sheet and paying the sign-up fee. Alternatively, there might be someone at the gym on the same schedule. Asking them if they want to work out together is a fantastic way to combine your goals and making new friends.

Where possible, try and locate a support group that will help you through the tough times. When others rely on you, it’s harder to quit because of the guilt. 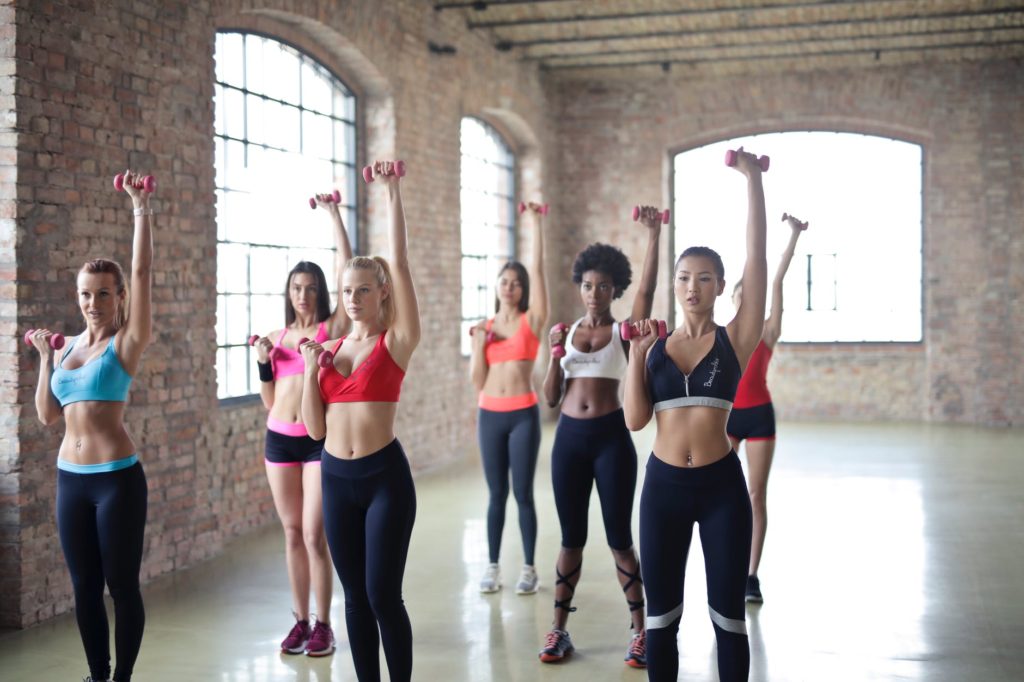 Learn From Your Mistakes

It’s a cliche, but a mistake isn’t a step backwards – it’s a leap forwards. Why? It’s because every error is a piece of data that you can use to perfect your attitude and routine. They show you why you failed before, and how you can tweak your approach to succeed this time around. Therefore, don’t let it get you down when you hit a snag. Instead, see it as an opportunity to grow as a person.

For those who couldn’t keep up with their goals, the lesson to learn is that you bit off more than you could chew. In that case, it’s about breaking the goals down further to ensure they aren’t as daunting. If you want to exercise for one hour per day yet haven’t been able to so far, you can opt for three reps of twenty minutes. And, they don’t have to be at the same intensity.

You can quite easily walk to work, walk back, and then go for a jog in the evening. A routine like this one is brilliant as it sneaks in a workout and takes off the pressure to do it in one session.

Cut Yourself Some Slack

It’s worth noting that your journey won’t go smoothly. At some point in the New Year, life is going to get in the way and it’ll be hard to stick to your routine. When this happens, there’s no point in getting down and chastising yourself for failing to deliver as it encourages negative thoughts. And, once negativity creeps in, it’s not hard to spiral out of control. So, it’s crucial to cut yourself some slack.

Aside from making goals more specific and attainable – finishing a 10k as opposed to completing it in under one hour – this tip helps keep things fresh. Cheating now and again is recommended because lots of people don’t enjoy the thought of being a saint. Therefore, having a piece of candy or chocolate isn’t a massive sin. If anything, it’s more likely to ease the doubts when they creep into your head.

Once you do make a mistake, don’t forget to make up for it at some point. Didn’t make it to the gym? Go tomorrow instead, or at the weekend before you go shopping or for a drink with friends.

Making resolutions is only half the battle – sticking to them is the other part. What method will you choose to ensure you follow-through next year?

7 Tips to Reduce Safety Hazards in Your Home

Important Things to Remember to Pack When Traveling